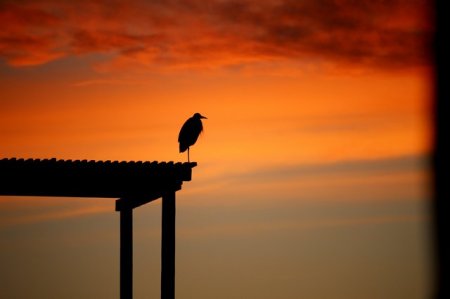 The old woman nodded and leaned forward.
” Inhale UP, exhale down,” the teacher directed.

The old woman let her breath out, pushed herself upright with wobbly arms and inhaled.
In her minds eye, she saw a swarm of honeybees on a ginger branch outside her front door. A ball of humming bees, a moving moldy grapefruit. Uncanny symmetry.
She exhaled ginger and honey.

The woman with coarse long hair of cedar red lay on the pink mat to her right and inhaled sweet ginger and honey and sighed.

“Inhale into your belly, and exhale completely. Notice your thoughts moving by you and let them pass without judgement, always returning to focus on the breathing.”

The old woman inhaled and saw the dark ray in the clear lagoon, a 78 record abandoned in the white sand. He had no tail, therefore no sting. She told herself to stop blaming the german spearfisher who daily snorkeled the shoal.

The grey haired and flexible man one yard from the old woman’s feet inhaled and saw the swimming german’s dachsund running: a slinky on the beach, an otter in the water to greet the return of the man in black, rising from the sea.

“Inhale slowly, through your nose…”

The old woman inhaled through her nose slowly and saw a chocolate dog digging chocolate clams, shining and wet. She exhaled slowly and the heavy middle aged woman with short rumpled brown hair to her left breathed in cocoa, sweet and earthy and dark.

“After the next exhalation, return to normal breathing.”

The old woman breathed more normally, burped a little burp and smiled a little.
She saw the scissor-tailed frigate bird, up so high she’d mistaken it for a jet. It swooped down and joined a giant ferris wheel of five, rolling over a dark stretch of lagoon, dipping yellow beaks as they turn by turn snatched thrashing, flashing silver fish from the water.

The teacher wiped a tear from her wet cheek as she walked carefully among the student bodies of her somewhat crowded restorative yoga class. Occasionally she would help one improve or modify a pose.
She lead them then, in a guided meditation as they rested on their backs in savasana, knees bent, arms out to their sides on the cool tile floor.
“Bring your attention now to your feet, your calves, top and bottom…” she crooned her way through the anatomy to “relax your forehead, let your jaw go slack.”

The old woman saw twenty-two purple capped green sequined hummingbirds jockeying for position at at a feeder hanging from a pergola above a rustling palm. They fed and  swashbuckled with sharp pointed sabres among hot pink Bougainvillia. Impassioned, they managed three seconds of sex before they resumed their whirring cursive practice in the air without a backward glance.

The soprano chime sounded closure of the practice and twenty-two yogis thought it was a hummingbird hiss-whistling an ascending and descending note.
As they rubbed their eyes and rose they became aware of such a fire of love for one another that their faces burned with the surprise of it.

The old woman remained comfortably recumbent as the lights were turned up. She heard the ocean waves rolling in…too fast, an unfamiliar tempo. “Ah,” she thought, “it must be the early morning sprinklers. It must be time for yoga.”
She exhaled, and did not inhale again.