We needed a place other than a motel to hang our hats between three doctor and one vet appointment in Scottsdale. The appointments were spaced a week apart.
Our requirements were few but it took some researching.
One, under ninety degrees,
Two, no freezing.
Three, a body of water to cool off and clean up in.

In Tonto National Forest there is a lake formed from the Roosevelt Dam called Apache for one of the many tribes that lived here, starting around 900 BC. 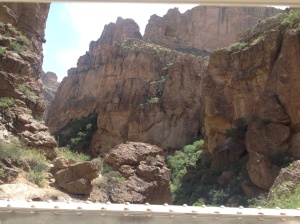 The Lake is seventeen miles long. We came along a road that turned out to be washboard dirt with hairpin turns and dizzying cliffs. But it was so worth it. The brick red, mustard yellow and light blue green cliffs formed monuments and towers. The Giant Saguaro was crowned with occasional white blooms. The Prickly pear, wearing yellow fascinators, the claret cups deepest purple and buckhorn cactus showing red? And yellow. We chuckled that they called it a forest, there wasn’t a tree over four feet high, but there were mesquite, brittle bush, rabbit foot grasses with soft little tufts and splendid pampas grasses.
We were headed for a camp where we could hook up but some friendly strangers told us that Burnt Corral (we kept pronouncing it Coral in spite of ourselves, how silly, too long by the sea I guess) had easy access to water and the big fancy RV Park with Marina was fifty dollars with less access.
So we did without the hook up and camped by the windy, winding seventeen mile lake. Pit toilets and water faucets were available for three measly bucks a night.
This place had the liveliest campground critter wise that I have ever seen. Moxy went nuts hunting plain little desert lizards. She thought of them more as dessert Lizards, but never actually caught more than a tail despite deer-like leaps and crazed stomping in the bushes where they scuttled to hide. Other iguana types with fat bellies and collars were represented as well. An Aviary of birds exotic to us. The black long tailed grackle flew from tree to tree with his tail tilted and parted as if it were a fin. He courted and fluffed and coaxed the browner female and danced circles around her. He postured with his mates, noses high in the air as if demonstrating who was tallest and most handsome. The speckled cactus birds swooped past my ear fearlessly again and again. Two Coyotes sang at night within feet of our camper and Moxy looked at the them through the low window on the back door.
Most amazing however was the four foot snake that met R’s gaze, sliding right under my recently abandoned chair by the Mesquite tree. He passed through our camp daily, checking out various holes. There were ground squirrels and small rabbits, all right in our campground. Would the snake eat them or just insects? Was he poisonous? Was I still going to sleep out in the floorless bug tent if I got too hot and fidgety? I think not!
Closest Audobon photo showed one quite similar called a racer. Not at all like our red racer at home, small, red striped, stinky but harmless. The Racer was not listed as poisonous but would strike repeatedly if offended. We would make it a point not to offend and I schooled the dog about the snake, happy to caution her on this snake as opposed to a rattler, which she has not met yet, to my knowledge.
Last day of the first week there R and I are sitting out the heat in the shade of the tree in our reclining camp chairs. All of a sudden the tree explodes with shrieking flapping flying hysterical birds. I look up and can’t believe what I am seeing.   Twelve feet up I see 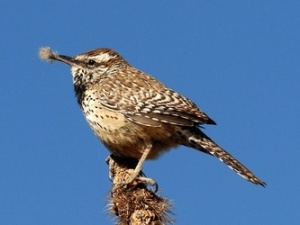 that big red snake looped around a branch, head in a nest I hadn’t noticed before. The distraught parents of the hatchlings flew at the snake repeatedly and made as much screeching noise as ever I heard a bird make, but they did not come near enough to touch him, apparently they read Audoban too. The snake devoured the hatchlings and there was naught we could do but take photos like reporters from Inquirer, of course. The Yellow bird and the wrens came to add their voices and moral support, but the grackles, who were big enough and numerous enough to have affected a counter attack completely disregarded the whole affair. The Wild Kingdom was playing before our lounge chairs. No Television necessary. 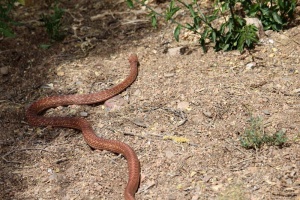 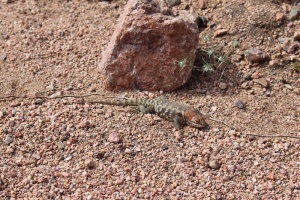 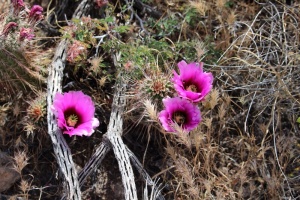